The Media got the Memo…

No, Donald Trump did not “praise Putin” as several establishment media mouthpieces are saying.  Listen to the actual speech and the context. He acknowledged that Putin was smart and our “leaders” are stupid — hardly “praise.”

This reminds me of the time Trump responded to a woman who had lost a loved one to a MS-13 gang member in the country illegally. Like clockwork, virtually all media liars chimed in that “Trump called immigrants animals.” 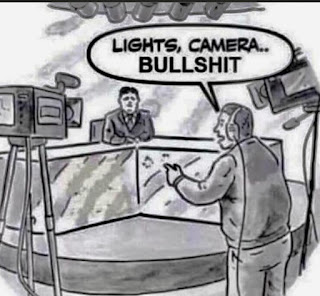 Klaus Schwab, of the Davos/World Economic Forum has a degree in mechanical engineering (and economics).

Some of the greatest support for Adolph Hitler and the Nazi Party was from doctors and engineers. That’s not to tarnish the reputation of very respectable trades.  The afore mentioned occupations are beyond helpful and can’t be pigeon-holed into over-generalizations.  That said, I have to suggest that a worldview may be colored somewhat by “scientific” or “mechanical” perspectives.

Artists, poets, and philosophers (intellectuals) certainly have a track record for failure when trying to impose their idealism and fanciful visions on the practical lives of fellow citizens.  I’m not so sure that a purely mechanical approach to living will work out well for humanity either.

When appraising the actions of Marxists that have tried to construct various “utopias,” it’s clear that their motives and inevitable results have had a rather cold and mechanical ambience. With occasional hat-tips to “compassion” and “sharing,” their ultimate perspective seems to view humanity as cogs in a well-controlled wheel, one that can be planned, organized, and established on “scientific” principles.

The World Economic Forum’s “Great Reset” never bills itself as another attempt at imposing Marx’s vision but it should be beyond clear to any serious observer that Marx and Klaus Schwab and company are very much on the same page.  Schwab describes his entire scheme as a “Fourth Industrial Revolution” where a brave new world of half human/half machine (AI Robot) is happy to no longer own anything.  Of course most insightful critics note that Schwab and his enthusiastic followers will likely maintain their wealth, property, and power — they will “own things.”

Many people aren’t aware of just how much the Davos scheme has permeated the power structure of many countries. Schwab himself once bragged about “his people” dominating half of the cabinet in Canada. It goes without saying that the inept authoritarian Prime Minister of Canada is a member of the team.  Like Canada, the American deep state is dominated by the globalist temperament, if not actual affiliation with the World Economic Forum’s program.

Such Bond-plot storylines used to be easily written off as “conspiracy theories” — as if that automatically disqualified them as objective appraisals. In the past several years, many conspiracy theories are increasingly being found to have more than a grain of truth in them.

The recent protests by truckers and their supporters in Canada initially took issue with the heavy-handed approach of government Covid policy.  More and more, sympathetic voices across the globe are recognizing that behind temporary schemes like Covid edicts lies something more sinister.

Engineering affords great benefit in the advancement of technology but humans are not machines no matter how much garden-variety autocrats may hope to make us so.

You won’t be happy if “you own nothing” and you won’t be human if this latest crop of dystopian autocrats pulls off their great reshit.

This is what “America First” looks like. Some nice icing on the cake is that you discourage agressive actions from assorted thugs (you prevent war).

No Trump When You Need Him

…They weren’t “mean tweets.”  They were witty and sarcastic responses to mean tweets directed at him.

…the crowd screamed “death to the dictator” as Robespierre was dragged to the scaffold.

# posted by Promethean Antagonist @ 9:35 AM 0 comments

In the end, it always comes down to government vs. citizens. The fact that some citizens side with the oppressor is irrelevant. There will always be stupid people.

Trudeau’s latest edict was done only because he didn’t have a Reichstag to burn.

…the rulers of Canada, New Zealand, et al. Demand that the public obey coercive edicts. When people protest against the obvious tyranny, the thugs of “the Great Reset” impose harsh punishments.

We can at least take satisfaction in knowing how this will end. The backlash is going to be sweet.

Things that state media is not showing.

This is what Democrats call “white supremacy.

Humans vs. the state.

Klaus Schwab and his band of internationalist thugs and tyrants are no doubt about to find the meaning of poetic justice. When the time comes the decent allies of freedom will respond accordingly.

(Reposted from long ago with some minor editing. Definitely still relevant)